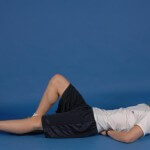 Like any occupation that requires constant physical work, car valets often suffer from back pain. You probably spend hours hunched over a car and have to maintain twisted positions in order to reach awkward area.

Consequently it is not uncommon for car valets to suffer from occasional or even chronic lower back pain (LBP).

Many studies have documented the increased risk of LBP in those that are frequently bending and twisting and this risk increases with repetitive lifting. Maintaining a bent over posture for prolonged periods predisposes to many long term back problems such as disc herniations and spinal stenosis (arthritis).

There a number of key points that should be understood when trying to prevent injury to the lower back:

Maintaining a reasonable level of fitness can become invaluable to helping prevent you from suffering with lower back pain. Contrary to popular belief the strength of your lower back muscles cannot predict future back pain, instead muscular endurance has been show to be the most effective way to protect your back.

Whilst an exercise routine should be designed specifically for you there are a few exercises that you can do to get started. In order to reduce back pain you need to work on balancing the muscles across your body, meaning it is better to stick to large full body movements instead of performing lots of isolating movements.

Assuming there are no specific problems I would recommend the following sequence of low back exercises: 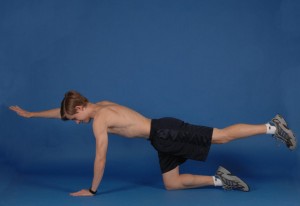 This exercise routine should be performed around five times a week, making sure the focus is on maintaining good form. Perform as many repetitions as you can without losing any form, as soon as you start to lose this stop straight away. Remember that the aim is to improve muscle endurance not muscle strength. If anything starts to cause pain then stop the exercise and seek professional advice – it may be that you need a more specific routine designed for you.

This blog post was written by Sally Wade from Surrey Osteopathic Care, based in Guildford.

Sally graduated from the European School of Osteopathy in Maidstone, Kent with a BSc (Hons) Ost. She is fully insured and registered with the General Osteopathic Council as well as being a member of the British Osteopathic Association.

Headlights have a protective coating which acts like lacquer on paintwork. It is there to…

All That Gleams are proud to be an official Auto Finesse Approved Detailer. Auto Finesse…

Get your car looking fresh and protected. Click to get a free quote or request work.
Get A Quote
Copyright 2021 - All Rights Reserved
Back To Top
We use cookies on our website to give you the best experience by remembering your preferences.
Read MoreCookie settings
REJECTACCEPT
Manage consent

This website uses cookies to improve your experience while you navigate through the website. Out of these cookies, the cookies that are categorized as necessary are stored on your browser as they are essential for the working of basic functionalities of the website. We also use third-party cookies that help us analyze and understand how you use this website. These cookies will be stored in your browser only with your consent. You also have the option to opt-out of these cookies. But opting out of some of these cookies may have an effect on your browsing experience.
Necessary Always Enabled
Necessary cookies are absolutely essential for the website to function properly. These cookies ensure basic functionalities and security features of the website, anonymously.
Functional
Functional cookies help to perform certain functionalities like sharing the content of the website on social media platforms, collect feedbacks, and other third-party features.
Performance
Performance cookies are used to understand and analyze the key performance indexes of the website which helps in delivering a better user experience for the visitors.
Analytics
Analytical cookies are used to understand how visitors interact with the website. These cookies help provide information on metrics the number of visitors, bounce rate, traffic source, etc.
Advertisement
Advertisement cookies are used to provide visitors with relevant ads and marketing campaigns. These cookies track visitors across websites and collect information to provide customized ads.
Others
Other uncategorized cookies are those that are being analyzed and have not been classified into a category as yet.
Save & Accept
Powered by